I’m hooked on the blog Becoming Alpha. Rivelino posts throughout the day, one man sharing his innermost thoughts, chronicling the ups and downs of life as a divorced 30-something trying to be the best man that he can be. 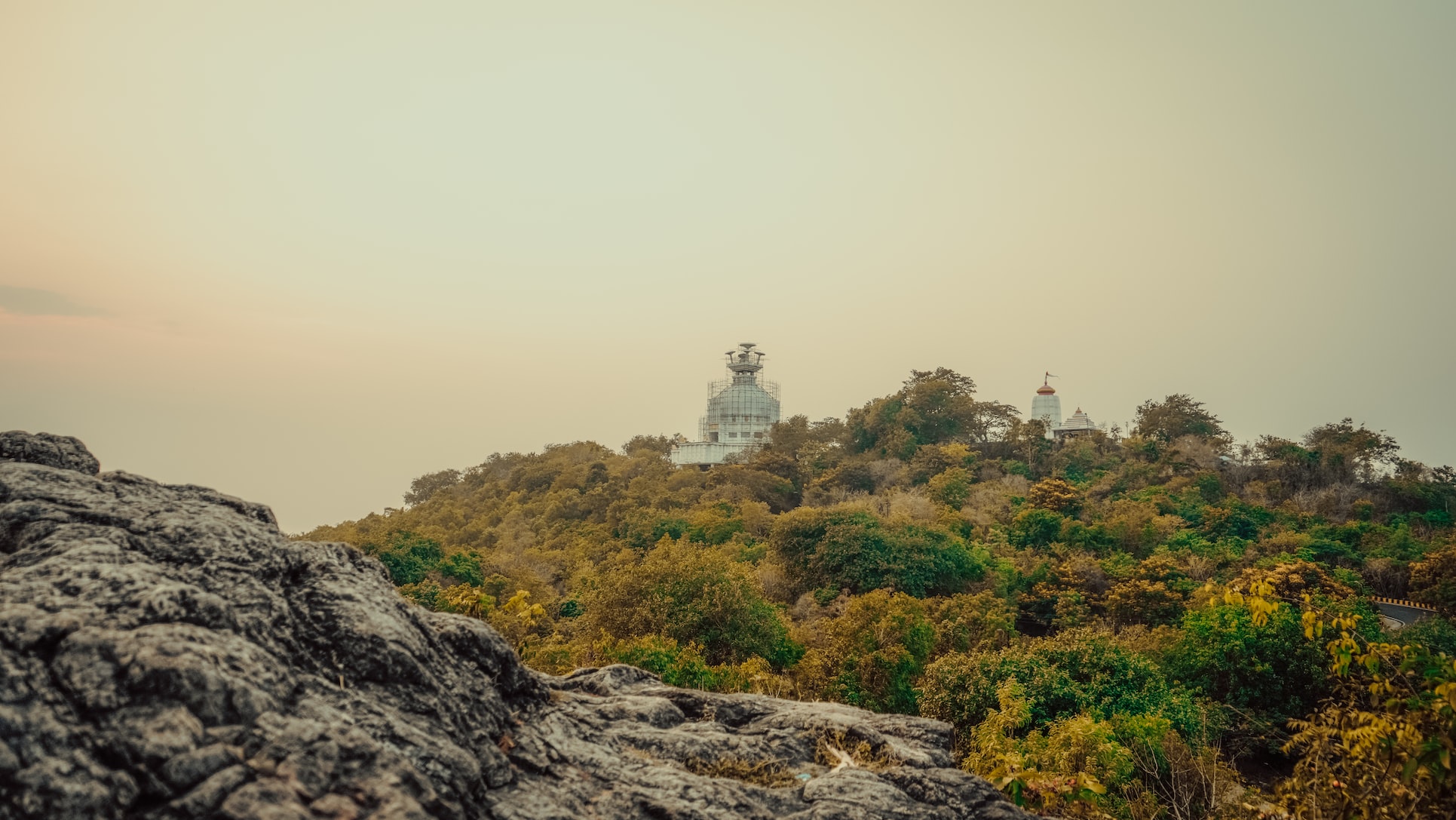 His diary is compelling because he is; a photographer who does fashion shoots for a living, he also likes to go out and photograph the city between 3 and 5 in the morning. He’s a reader and avid watcher of films, an astute observer who looks everywhere for insights into the human condition.

It was at Becoming Alpha that I first encountered Yohami, an Argentinian singer songwriter who went from being totally unsuccessful with women to a guy who estimates without a trace of arrogance that he has a success rate of about 60%. Rivelino respects Yohami as a great teacher, affectionately referring to him as the Zen Master. He happily plays the role of Grasshopper, frequently turning Yohami’s comments into posts of their own.

Here are some of Yohami’s best insights.

Rivelino: Yohami was kind enough to share his beta poetry from over a decade ago, when he was not ZM Yohami, maybe even not Yohami. Maybe he was just Y.

the urgency of covering my face, of hitting myself, of screaming to happen, how to

tell you god dammit to have a life, a good life

how to continue the journey without wasted footprints… this opening, this getting stuck waiting for a hug, this never minding where your hit might get me. I adore you. let it rain –

… of turning my face into that mask I know, of joining the shadow… maybe I was already on my knees when you appeared.

the movie with holes, tampered

I accept there is something terrible in you kissing somebody else

how to tell you love him. take him to your mountain. have a life

“well that crap sum of feelings is what love meant to me, for a long while.
a suffering omega with a gift for exposing himself in all its brutally honest misery
as an omega I didn’t supplicate for girls, I just suffered whatever happened”

II. On the Nature of Women

“girls can see you coming miles away. girls can see what you are doing from the very far. most of the time the result is already decided, and the girl already knows where she wants to put you in, and most of the times she will just let you do your thing, just to see you try, just to see your will to get her
so less is more. if there wasn’t a chance, chances are you are not going to get her by trying harder or playing it “clever”
put 10 cents of alpha instead of huge amounts of strategy
[make] your intention clear and open the box straight to find if its a win or not
that simple and effortless way, ironically ( it ceases to be ironic once you have understood), puts a gift inside of the box 99% of the time

…so forget about chasing her and remove the stress on the “closure”. stand there, walk to her, talk to her, touch her, enjoy it, be the guy, let her play the girl, game over
if it feels “right” she´ll be yours. the less forced you make it, the more it will feel right for both of you

that fear of going direct and simple comes from not liking who you are
you think going with strategies and roles and tricks is necessary because if you go like you are, she’s going to reject you
the stupid part is, she is already seeing you naked. in her eyes you are a naked guy who is trying to fit a costume that doesn’t fit
if you stand there naked, even with your defects and in spite of them, saying “so what!” and having fun, that single move makes you a lesser alpha.
EVEN WITH YOUR CURRENT FLAWS

…if you drop all your bullshit, you are almost there
just by doing that
then, all the interactions and the experience, the wins and the hurt you get while going naked, while being your true and flawed self, actually helps you to grow. its not just a technique calibration, its the fucking real thing: its your life journey path. every experience makes YOU stronger, rather than making your “technique” better
so… don’t be afraid of being you”

“I’m against putting makeup on a pig, and I dislike PUA, but girls do fall for the shit, specially the whores that are doing their own PUA thing by wearing makeup, fake tits and getting drunk and chasing dick, so “fake game” works best on fake girls. do you need fake to attract fake? yes. so game exists there

how about un-faking the whole thing and fixing yourself for good? that exists too.
[will] game as a remedy golden pill, just by changing a guy’s lexicon, make him pass for an alpha and score chicks 10 times more attractive? no way
if you want a sixpack you have to diet and train for a long time
but if you want to appear thinner, a corset will work
and I’m 100% about doing the real thing

when a guy doesn’t attract a woman, she doesn’t see him as a man
when a man attracts a woman, she will always want him to be “nice” to her
so if you ask a woman what she wants in a man, she will always list the nice attributes, like she will describe what we as men know what a beta is
if you find a beta that matches the description, she will say no no no. simply put, beta doesn’t count as a man

get a raw alpha that makes her tingle, get a high status raw brute force real man dude that actually makes her wet, and THEN add some nice and softer attributes. that’s what she wants

if you go trying to listen and figure a women based solely on what they say, you get nowhere
you have to look at both what they act, respond to, and say
alphas and strong dudes are men. betas and lower aren’t men. and they want their men to be strong, real, hard, alpha, etc, then nice

V. On Faking It

You can’t really “fake it until you become it” because faking it protects the wrong frame. Becoming it instead, doing the stuff just to be transformed and break the old frame, is way, way less work
It would be easier if there were more real men in the world teaching the way by example, but in their absence things like the M3 (Mystery Method Model) serve as a road map, sort of an anthropological mirror to compare oneself against
A book of jokes is no replacement for being genuinely funny, but it might help during the transition. Same for M3 and the game culture
Back thought of this is, there is no need to learn to “fake” being a monkey when you were born as one
It’s more of a self discovery trip thing

confidence is overrated
confidence is just another word for repetition and skill
you don’t need confidence, you need action, and then you need to repeat the action until you feel confident about what you are doing
courage is overrated
courage is just a word for doing things that scare other people, but not you
you don’t need courage. you need to do small things that scare you a little, until they do no more
somehow everyone thinks they need to be confident and courageous BEFORE doing anything
like they could amass confidence and courage at the mirror then trade it for results.
It works the opposite way

all the troubles come from assuming the girl is superior to you in any way
for a male to inflict the same amount of fear / insecurity / sense of self worthless, you would have to meet Al Pacino and he should be really mean to you

…without a pedestal, “game” is just the art of being an interesting man, and, you don’t really have to be that interesting to get pussy
all of the issues come from your lack of self worth – pedestalizing women, putting them up while putting them down, while trying to convey value to fill the hole you made for yourself
and sadly that mechanism is taught to most men and women = its normal
but fuck it
you only “need” girls so badly because of that hole you made yourself. its like being hungry on purpose, so you can appreciate milk and cereal more, its like a gothic thing to keep yourself in the dark, just so you can appreciate that morning ray of light in all its x100 splendor
but… its beta. beta isn’t attractive. no matter how much girls are trained into loving their beta hubbys and orbiters, no matter how you are trained to be weak and take flesh out of your body to create your pedestal for her… its still unfulfilling for everybody
she’ll pick the stronger man, the one you would have been without all of that crap. the stronger man you could have been if you were just you
so… be that one

The first thing you would have to lose is the need to be vulnerable.
second stuff to lose, the need for a connection
you crave that connection because you are disconnected, so you see the connection with a woman as a big deal

all women on the other hand have more connection and are more connected to everything than you can imagine. they don’t crave a connection, they are one and are immersed in them

so in order to have a proper relationship with a girl, you need to be as connected to the world as she is, so each one of you place the same value on the “connection”, without her being your sole and holy grail connection

so, to lose this connection needy thing, connect with yourself so you know yourself deeply, instead of only “some” of the things you want, and then wire yourself with as many connections to the world as possible, to the point they are easily interchangeable

so you wont crave for any connection, you will be one, she can plug in to it or not
most of the stuff guys want in a woman are the result of a disconnection with oneself. no girl can ever complete you. you have to be one, complete person, free to do and go as you please, and THEN you can SPEND time with people in a healthy way
if you are not complete and with strong boundaries when going into a relationship, even if its a casual one, you are going to give more and receive less, until it drains you, it doesn’t matter if you think she is the one or how mature she is or how much she loves you

…so, to fix this thing, instead of going anti nature and bitter and refusing to connect, go rampage and connect with everything, like a girl would do, but with the strength of a man: meet more people than you can handle, flirt with more girls you can count, start more emotional adventures than you can follow, share what you are experiencing in a very evident way, cry at movies if you feel like.

even though you can’t be as connected to this world like a woman can, but you can understand the currency better and make better deals, when you have many working connections with this world and don’t need a stable woman to be your main cable

Recently Rivelino said this to Yohami on his blog:

“goddammit yohami. you need to find a way to monetize your brilliance. you just explain things so perfectly.”

I agree. Yohami is money. Both men and women can learn a lot about themselves and each other from him.